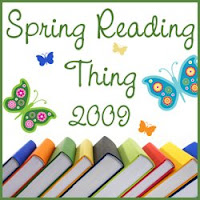 I recently shared my review of Building Better Families: A Practical Guide to Raising Amazing Children

by Matthew Kelly over on Goodreads. Since this is one of the books on my list for the Spring Reading Thing, I thought I'd share it here, as well!

My review
My rating: 1 of 5 stars
I read this book for a discussion group at church... had it not been for that, I would have quit after the first few chapters. A 35 year old man who has never been married and never had kids has no business telling me how to raise mine.

One whole chapter is spent describing his own family, including personality traits of each of his many brothers... why on earth did I need to read that?

Kelly's theory that everything in life can be decided by asking whether or not it will help you become "the very best version of yourself" is interesting... but his attempts to relate this to parenting are lacking in reality. I literally laughed out loud when he suggested that young children's questions can always be answered by posing some version of this question. When my child asks for a snack, I'm to answer by asking her if that food will help her to be the best version of herself, or whether there is another snack food that might be better. Seriously??? I get the idea-- encouraging healthy choices-- but clearly he has never faced a hungry child who wants a snack, not a philosophy lesson.

Kelly's general ideas are ok, but I didn't find any practical advice or any realistic plans for how to impliment these ideas in daily life. I generally don't write such negative reviews of books, but I really wouldn't recommend this book to anyone.

A few links if you're a fellow book lover:

Email ThisBlogThis!Share to TwitterShare to FacebookShare to Pinterest
Labels: I Heart Reading